I Still think this is the best of its kind
There is the Science Fiction/Horror's like the Alien and Terminator series, blending action with bloody gore and some suspense

I even thought this was alright as a premise...
And then there is the comic horror where the films poke fun at horror conventions to a varying degree. Scary Movie goes all out for fun while the Final Destination Series has had a somewhat darker, though obvious humour in its films. Not this obvious though
I have been a fan of the Final Destination movies since the younger side of my teens. They are never going to be critical masterpieces in the same way that Let the Right one in has been, and I know what to expect from the films;The lead character has a premonition in which a sizeable group are killed in an accident, saves themselves and a few others from the accident, accident happens, then one by one the few survivors are killed off in mouse trap type accidents. Aside from the exception of Ali Larter's character in Final Destination 2, no one makes it to the end of the film. Its more obvious to expect than what happens when a man sees a beautiful woman naked on his bed.
Despite my fun with the series, I have yet to see them on the big screen, which is a mighty shame with The Final Destination's case. At the time of its release, its big draw was that it was in 3D, and from the outset, not tacked on for that extra buck. It sadly shows when I finally saw it on the TV for the first time. Objects that fly out hit the walls of the TV screen and not right in my face, and as the film progresses it gets more and more noticeable with explosions, water and nails all flying out and about. Heck, there was even a sex scene, imagine the doorty fap in 3D! They saw the 3D bewbz
So without the effect, the film feels very flat to watch, and CG effects are much more noticeable, even more so than the third. Still, it can't be all bad to watch, isnt the main draw overall about the death scenes?
Well, it sorta falls flat on that too...
The feeling of losing control, a theme in the third Final Destination in particular, is lost in the opening scene. the chances of escaping the Speedway crash feel somewhat greater to live than  its predecessors (fancy your chances surviving a Plane explosion or Roller Coaster ride?) The larger accidents near the climax also make death into some force akin to a Soldier with a chaingun with unlimited ammunition and grenades, killing ALL CIVILIANS just to get the survivors. Isn't 'death' a rather selective force in the series, why the deaths of the characters are more scary than if killed with many more alongside them? its geting tired of singling out
Much of the previous instalments already got the cream of horrendous death sequences, such as the surprise bus accident, the tanning beds, the flying barbed wire, falling ladder, bathtub strangulation and so on. This film has a lot of retreads, with possibly the most scary being the swimming pool accident. Not by the act itself, but because it is based on an actual event.
The car wash sequence, while new, felt strangely non lethal. The suspension of disbelief is required I know, but I have seen Jonathan Goodwin tied down to a car in a washer in nothing but boxers.
Channel 4 in the noughties
Still, the Security guard is a pleasant change of the 'Evil black man that dies first' stereotype in horror (funnily, it is the racist redneck who gets it first while attacking a coloured man). The rest of the cast reek of bad character development. The romance between the lead and his girlfriend is worthy of attention, but IMO it would have been better had he done something that would save her but at the cost of his life (mushy but ah well).
My main problem, aside from the 3D failings when flat, is that it does not do anything over the top-fresh for the series. The fans watch the films for ingeniously gory scenes, and at the same time a twist in how the 'death' system works. The twist only really gains urgency near the end, and while I enjoyed these climactic events, the rest of the film plays by numbers and going rather refined over revolutionary. Its campy, overly reliant on the 3D gimmick and unoriginal.
So while I rank this as the lowest of all the Final Destinations, there is but one film in the series I have yet to see, and one which disproved the point of the title 'The Final Destination'. Will it be any good? I hope to see it soon!

Directed by a James Cameron Protegé (o.O)
Posted by Burns at 18:19 No comments: 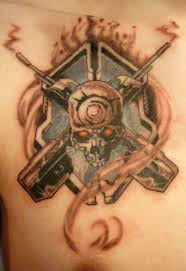 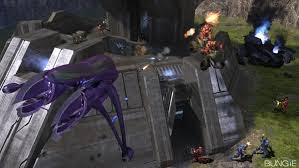 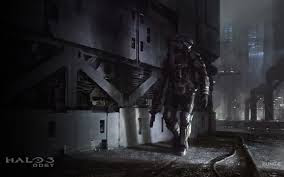 Wake me when you need me
It is such a pleasure to see this vidoc showcasing little tibits, and at the same time keep pretty much the whole story, as well as more multiplayer details hidden. The hype is driving me mad! I hope that the series will rightly reclaim the throne of FPS king once the Call of Duty ship sinks from milking.
Posted by Burns at 10:00 No comments:

So its near the end of Q1 of 2012, and I am getting bloody annoyed at the whole ACTA craze that seems to be sweeping across the continent like a plague...

I am not good at describing ACTA, so this is a rather user friendly summary of it

SOPA may have been averted from the world, at least for the meantime, but ACTA seems to have got by fairly easily, notice a lack of sites going dark over this one?


Back when SOPA was still somewhat in the news, I was looking for something related to ACTA, and all I found on the Irish news media sites was the headline "Hackers attack Polish government websites"


What struck me at the time was that this was the only mention of ACTA at the time, despite all the widespread online protesting, it accounted for no media attention. A government website had to go down to get a news article less than 2 minutes long to hit the Irish public. Doing dangerous activities is the only way to get RTÉ's attention, and then you get labelled a cyberterrorist instead of a protester that needs to get the world to talk about ACTA.


Unfortunately, ACTA has seen less backlash over its persistence and, for me, the Irish view of acceptance. We protest for a day and then give up after a while. We are such wimps of a population in this country, getting bossed around, and yet we still take it every friggin day and do NOTHING to change it. We live our lives just getting little things being changed. For example, we lost indoor smoking and late bars, and despite the protests we just let it happen!


Thankfully, Bulgarians are not like us, they do something about the ACTA laws

Sign the petition against ACTA, they need 200'000 signs and are halfway there as I type. Heres hoping...