On a rocky road to Wrestlemania: The Royal Rumble review

Wrestling; its a guilty pleasure of mine. There are few things that made for memorable TV in my eyes than what the WWF/WWE had to offer in its prime. A death defying leap from Shane McMahon off the titantron at the Backlash Pay-per-view for instance.

Or how about the tag team matches between the Dudleyz, the Hardy Boyz, and Edge & Christian?

And while I, like every sane kid at the time, learned the inevitable truth that its all an act, there still is something to be said about these unique performers, that regularly put themselves at risk from a thousand injuries if even the smallest part of the match goes wrong.

Its entertainment at the end of the day, and I was lucky to have had the defining Attitude era childhood, an era that I doubt will happen again in the WWE for quite some time. Stories were risqué and not orientated strictly for children, matches were more intense, and any Pay Per View was a guarantee of satisfaction, no matter the price on Sky.

Which brings me to see what went wrong at this years Royal Rumble Pay Per View; it had a poor representation of the "feuds" that were going on, none of the matches had a 'WOW' factor, and, for these recessionary times, the price to pay was simply not worth it.

(for those that do not follow wrestling at all, you may get lost from here on in, but even a vague bit of WWE/F knowledge from the past will help)
Lets start with the reason I watched it to begin with; the Royal Rumble match. The idea of a big bunch of lads (and a lady this year) baiting the crap out of each other until one is left standing is great, but this years match lacked a lot of quality superstars duking it out.
As to be expected there were participants for comic effect, such as the god awful Michael Cole trying to act tough, and Ricardo Rodriguez, who wasn't too bad pulling off a bizarre part in the match. Also to be expected was the inclusion of characters from older times, such as Mick Foley, Road Dogg and Jim Duggan, the original Royal Rumble winner. But there was a distinct lack of big draw wrestlers. Obviously the likes of Steve Austin or the Rock were not going into the ring, but there was opportunity for Kane to re-enter after his earlier match, to tie or beat Shawn Michaels record of most wrestlers eliminated in the royal rumble match, but nope didn't happen.

And this somewhat brings me to something which really displeased me about the match. When wrestler #30 appears, the last entrant,  you expect to see someone with the ability to destroy, surprise or bring the crowd to its feet with amazement. The rumours were swirling from the likes of Christian, The Undertaker's return, or perhaps even Brock Lesnar to stir things up.
The superstar I expected to see.....

This all went out the window when the Big Show entered, and proceeded to take out the Miz,Jack Swagger, Cody Rhodes and Dolph Ziggler. 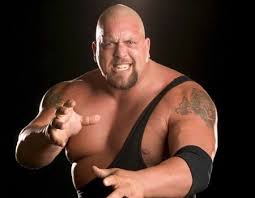 He just destroyed the future WWE talent in 60 seconds

This just did not work, for a variety of reasons. You would expect at a PPV as big as the royal rumble that the creative team would have the sense to put someone like Lesnar or the Undertaker in at 30; the former as a cameo entry at the very least, that still brings great spectacle when he enters the ring. The latter to start his momentum to Wrestlemania, where hopefully he will have a 20-0 win record afterwards. The Big Show, on the other hand, lacks both wrestlers drawing power, and much motive to be a championship contender, as he had already been in a heavyweight match that night, so appearing again was overstaying his welcome. Add in that he took out the younger, promising talented stars in around a minute, and it added to an unpleasant time to watch him in the ring.
The win for Sheamus, Ill admit isn't a bad thing, nothing wrong with a great Irish fighter to compete at the biggest stage of them all. What IS wrong is how he won it. Back to the Big Show and his pointless entry, had Sheamus knocked out the younger guns one by one, and with great moves, it would have been more deserved than simply seeing them fly out of the ring. We know Sheamus is capable of doing so, so why did the creative team do THIS??? 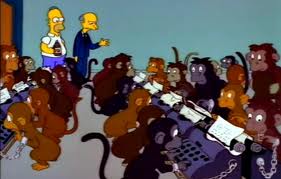 The Blurst of Times
Chris Jericho's return was not what it was cracked up to be either. Despite a solid end to the rumble match, the afterthoughts are more on why Jericho lost as opposed to why Sheamus won. He was a favourite along with Randy Orton in the end, and after all this hype he put up of the end of the world, its odd that the WWE would simply do a U turn to go for Sheamus at Wrestlemania. 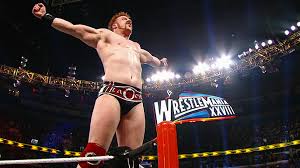 The unlikely contender
as for the rest of the Pay Per View, it did nothing in developing John Cena's 'rise above hate' turn, making him neither a superior face, nor a growing heel. This was a perfect opportunity to have Kane beat him fair and square, and make him 'embrace the hate' afterwards, setting the stage for a brilliant showdown with the Rock at Wrestlemania, a classic good v bad affair. What we have instead is the obvious good in the Rock, against a John Cena that is still making his mind up on whether to stay in a stale face or be liked for once as a bad guy, and it appears the boat has sailed.
The squash match between Brodus Clay and Drew McIntyre felt unnecessary, and both could have been put to better use, such as making contenders for the main match, utter filler.

Models, not wrestlers
The usual Diva match, I am not a fan at all of these. Models cant wrestle, unless your ring name was Lita. Its a sexist remark, but I want more women like Chyna or Trish Stratus kicking ass, and not these attractive women trying to act at...well, ultimately acting.Kharma seems like the best of the bunch, and you wouldn't want her in your bed at the end of the night *shudders*, more actual wrestling than normal but still just to please the randy lads.
To be fair, both championship matches were impressive, particularly the CM Punk/Dolph Ziggler matchup. The Triple threat cage match felt like a one on one between Daniel Bryan and the Big Show though, Mark Henry was out with that injury for a fair while. I am enjoying the prospect that maybe Bryan will go against Sheamus at Wrestlemania, a good matchup.

So obviously, if you have managed to read through this, you will know that in my opinion the event just was not worth the 20 euro price tag. While it was entertaining in parts, it just didnt feel like a true Royal Rumble, a supposed explosion of awesomeness and entertainment. I know I focused on the main match, but thats the main reason to watch in the first place. No wrestler is really at fault though, they all played their roles and did so very well. the problem is with the creative team that needs to wake up and make their minds up on storylines, what to do with the outcomes, and make Wrestlemania worth watching with a solid buildup. It felt like an extended version of RAW or Smackdown rather than something to pay, and that for me is a disappointment.
Posted by Burns at 18:12