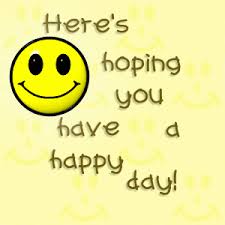 This is NOT what happened at the last set of lights
I just hope some employment opportunity comes around before I go crazy.
Posted by Burns at 10:07 No comments:

The Fall of apple

Its a sad day when probably one of the greatest innovators of the last few decades passes away, and just months since he resigned as CEO from his own company.

I will admit, myself and the Apple corporation have not seen eye to eye all that much, particularly a few years back when I made them the antagonistic company that would take over the world in Resistance:Fall of Apple.
It was a strange thing in hindsight
But deep down its hard not to respect Jobs for developing something as symbolic as an iPod, it was for many the gadget of the noughties, the successor to walkmans and now many sound systems have iPod docks specifically for the product. And now with new iPads and iPhones roaming the market in the hands of consumers, the tech certainately wont be forgotten, his legacy of 338 US patents or patent applications related to a range of technologies is staggering,
However, one must now wonder what Apple will do next now that they have lost someone like Jobs. Will they find a spark to continue creating quality products? Will they find some innovative piece of tech that will change the world quite like Macs or iPods? Time will tell.
Heres to IMO the greatest inventor of the 21st century
Posted by Burns at 08:59 No comments:

I really shouldn't be surprised, during the summer I regularly stay up until 5AM playing the likes of Halo or Call of Duty, or go on early morning filming,

But this reason is more to do with me writing essays so perfect that by the time I stop writing its 4AM, and I had started at 9 the previous night! And yet when someone else sees it, they instantly correct it all to counter all of my points....insomnia builds when you have to do the same thing the next night.

Why I am doing all this typing when I could be doing more fun things like playing the Battlefield 3 trial, or having a proper sleep cycle like most normal people? well its all to end a war of words, and I dont want to back down at the same time because I lose these types of arguements week in week out, NOT THIS TIME! its a point that I must win or forever be on a defensive I so detest.

And one of these points I must counter is one I didnt even remember to begin with. Apparently 2 weeks back in town there was some mad arguement between 2 of my good friends, and I was criticised for A)Not defusing the arguement, and B) being used by one of them to get what they wanted. In all honesty, I dont remember any of it I was so plastered! All I remember were people feeding me spirits and shots, and the next I was in a taxi listening to George Michael-fast love. These type of nights are rare for me, maybe every 5 or 6 months that I lose memory of a night, but I now have to answer questions I didnt recollect to begin with, its like a less important Jason Bourne scenario.

This war of words may start getting funny sooner that later, I am actually finding it making me want to fight more just for the craic, but it must end with both sides seeing the others thoughts, and at the end all I want is to have fun times again instead of warring words.....but I must win :P

I guess the other reason for me staying up is that I got my Sennheiser HD205 headphones in working condition again, and the bass is tremendously fun to listen to! put on some Fatboy Slim or some instrumentals with a kicking bassline (or if you want some freaky shit, type "The Room Dubstep" into youtube, you wont be disappointed) The downside of this is that its almost a drug, I cant leave the PC because the quality is so good, and one or two minutes pass and its 7 or 8AM.

Speaking of which, days are getting darker, it seems like a million years since the unforgettable one and only barbecue I had in July (and the familys only one, they did none the summer was that shite!) and it shows with leaves falling, monkey nuts finally showing up in Tesco along with the plague of christmas stuff that has been there since August. I am looking forward to Halloween this year, may not have the explosives and Jack/coke cans I usually have by now, but improvised sparkler madness can be had a least if I dont head up this time round.

Sadly I had to return Gears of War 3 back into the hands of Xtravision today, but it wont be forgotten, so expect some game reviews coming up on this blog soon, for all games in the trilogy, and maybe some things I have played recently enough (I'm looking at you Driver:San Francisco!)


Enjoy some music typical of this time of year (at least for me), while I get some shuteye!
Posted by Burns at 19:16 No comments:

Well this new blogging lifestyle may be something completely different to me, but I may as well document my year in purgatory, never know, could get some kicks out of it,


You stalkers out there may be wondering about this 'purgatory' I see myself in. You see, I was in college and by the end of three years study (or drinking, whatever you prefer) I passed all but one module. Worse still, it was the one worth the least amount of credit, but all must be passed so at this moment in time I am not in Heaven (graduating with some of the best mates ever known) nor Hell (doing all the difficult modules again). This leaves more spare time than most could ever need, but I have a great ability to find ways to fill in the time.


My main goal is unsurprisingly to pass this one module, get my piece of paper and get out of the country for a well paid job. Or better yet, follow my seven steps to world domination and live happily with my beautiful girlfriend for evermore, wealthy with money, friends and the knowledge to keep it all together